Jim Easton began to experiment with aluminum as an arrow shaft, the result of his frustration with the inconsistencies of wood. He presented his first set of aluminum arrows to Larry Hughes, a local archery champion. Over the next two years, Hughes enjoyed strong results with his experimental arrows, culminating in his winning the 1941 National Championship. However, Easton would not be able to take advantage of Hughes’ success because World War II soon intervened, and for the next several years the military commandeered all supplies of aluminum.

A year after the war ended, when aluminum finally became available again, Easton continued his work on metal arrows, which soon led to his first trademarked aluminum arrow shaft, the 24SRT-X. By 1949, Easton stopped making finished aluminum arrows, electing instead to manufacture the shafts and avoid competing with his customers.

The 24SRT-X was so successful, however, that in 1956 he hired his first two full-time employees. A year later, he needed more room and moved the business to Van Nuys, where he took over a new 10,000-square-foot building.

Over the next decade he introduced the XX75, which would become the best selling arrow shaft in history. 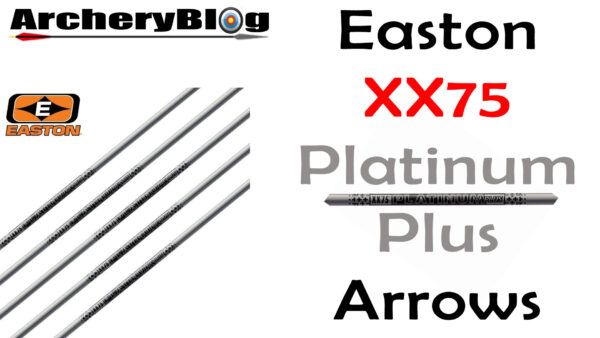 Recommended points for the XX75 from Easton are the NIBB point and Bullet points, I have always used the NIBB points. The UNI bushings should already be fitted for you when you purchase the arrows. Remember if you go for an arrow larger than a 1914 then the Super UNI bushing will be used which means you will need to use a Super Nock size – the larger sized nock. Although I have successfully added adaptors to my 2016 to get them to take a small G nock. For more information on this checkout out my video on the subject or read my blog post.

Easton G nocks are pretty good and the G nock small is cheap and of good quality. But you can of course try other nocks from manufacturers such as Bohning or Beiter etc.

My Easton XX75 Platinum Plus Arrows

I started off with a set of XX75 Platimun plus when I puirchased my first every bow set up with my bow, these were 1916 spined. Although when I moved up draw weight I did then move to a 2016 spined arrow.

I still have both sets of arrows, and I even purchased some more 1916 arrows for use with my spare bow for field archery and clout archery.

They are a great quality arrow, and a great all round arrow up to about 60m distance, then you may want to go for a lighter slimmer arrow.

They are great value for money and easy to find on the second hand market. You can also usually purchase aluminium arrows in singles if you need to. You may have broken some, or just want some more to add to a set.

There are also lots of spines to choose from, so an arrow for most archers. 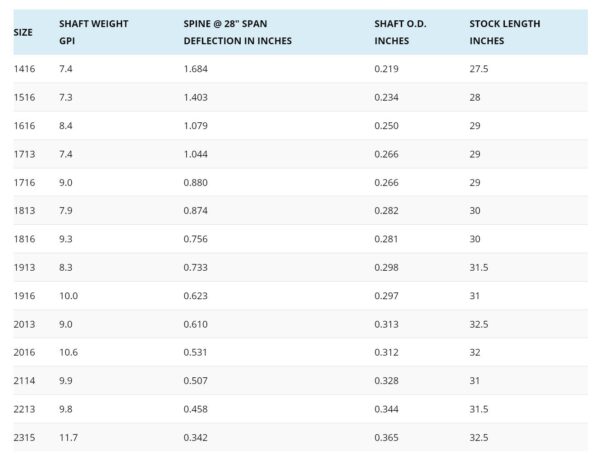 Note that aluminium arrows can bend, either from hitting objects that are not the target or from other people hitting your arrows. So if you suspect an aluminium arrow is not shooting correctly, then it is worth rolling it on a flat surface to see if the shaft is slightly bent.

Watch my video about checking your arrows for straightness.

It is not worth trying to straighten them, as they are quite cheap, just go and buy another arrow shaft.

Aluminium arrows can also be hard to pull out of targets when outdoors in the wet. It is just hard to sometimes get a grip on them as they are so smooth. On a wet day you will hear other archers with aluminium arrows pulling them out of foam targets, as they will squeak loudly.

Other than that, aluminium arrows are very good and great value for money. You won’t go wrong purchasing some XX75 Platinum Plus arrows.

I have a made a complete video on the Easton XX75 Platinum Plus arrows on my YouTube channel if you want to watch it.