After a year of not visiting the Indoor National Championships because of COVID in 2020 I went back to the event in 2021. This year I was now shooting barebow and not recurve with a sight. This meant shooting at a 40cm single spot, instead of a triple spot but it also put me right down the far end of the arena. I was on the last target.

I didn’t end up shooting that well, I did expect myself to score a lot better, although I always seem to prefer the bottom target compared to a top target when shooting a WA18.

At the end of the round, I decided to pack away and take down my bow and then put my bow back into my car and then come back and chat with a few people and have a look around a few of the stands. As there was no way I had made the final rounds. After an hour of doing what I wanted to do and seeing the finals take ages to get started I decided to go home as I had a 2-hour drive ahead of me.

The competition itself was down to the 1/8 finals. I thought that meant that only the top 8 archers would get through. But it means that it’s the top 16. Guess what…. I was 16th and went home.

So, I did make the finals but went home instead. Shame I would have liked to have been included and shoot some more arrows. Of course, as I was the bottom qualifier, I was up against the top qualifier in the final rounds. What makes it even funnier is that he did not get a bye to the next round but actually had to shoot the round without me there! It would have been funny if he’d decided to score 0 all the way through and go for the shoot off!

At least I have learnt something now about how the finals work. If you want to hear me talk about my experience and what happened at the UK Indoor Archery Nationals competition, then head on over to my YouTube channel and watch the video. 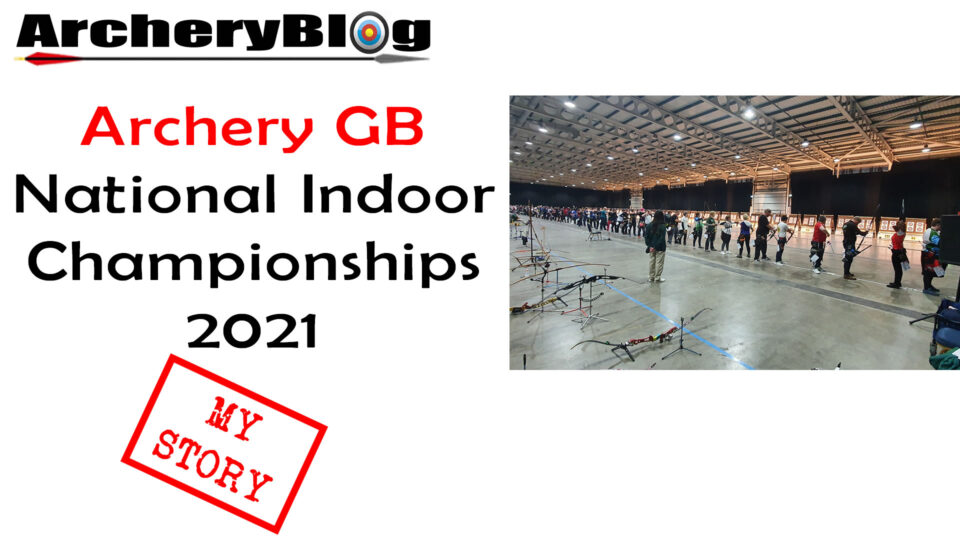