Today was one of our last chances to shoot a Portsmouth before the indoor season finishes and we move outside in early April.

Having been told to change my release has really helped. Previously I was just releasing under my chin and not drawing the release back. I do find that releasing back has helped a lot and it also seems to keep the string in a straight line as it comes back through. 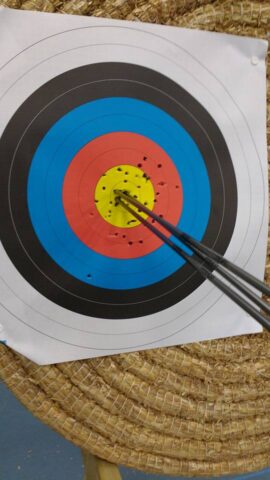 This puts me in a good mood with the Fenland Archers Portsmouth 2016 shoot next Saturday 19th March.