It was my first time attending the Green Dragon Bowmen shoot at Knebworth House. This annual event see’s us shooting a Windsor round (60yds, 50yds, 40yds) with other junior rounds available. Green Dragon Bowmen shoot on straw bosses and they fix the bosses in place and just move the shooting line (well this was already laid out, we just moved forward at every new distance).

The backdrop behind you on the shooting line is the impressive Knebworth House. Beside that is the cafe and then the toilets which only opened at 11am – the shoot started at 10.30 but we stopped for a toilet break after the first scoring end once the toilets had opened. After the 60 yard distance it was lunch until 1pm when we started the 50 yard distance and then there was another break in the afternoon before we shot the 40 yard distance.

It was a very well organised shoot and parking was very close-by. I’m also glad that you could enter the competition via email and use PayPal for payment, I can’t stand cheques and paying for stamps to post entry forms off.

The only downside to the whole day for me was shooting into straw targets, but there were over 20 targets on the field, so purchasing this many Danage targets would have been very expensive although layered foam targets are not much more costly than straw.

It is also worth noting that the field is very open and in May 2017 it was very windy that day. At the 60 yard distance I found myself aiming in the white on left hand side of the target to get the arrow to land in the centre of the target. As we moved closer to the targets and the wind slowed a little I then changed to aiming at the blue and then the red to centre my shots.

I finished the shoot with a score of 777 with only one miss. This was a PB for me, as I had never shot a Windsor before but it also turned out to be a club record as well beating the previous record by something like 12 points. 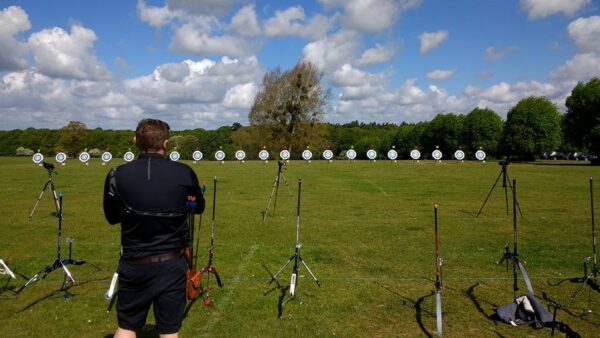 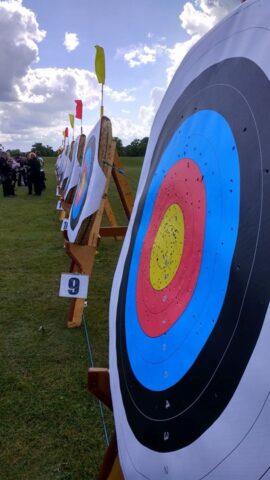 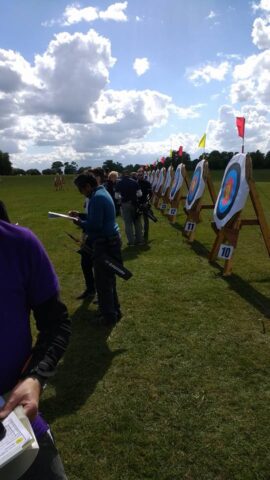 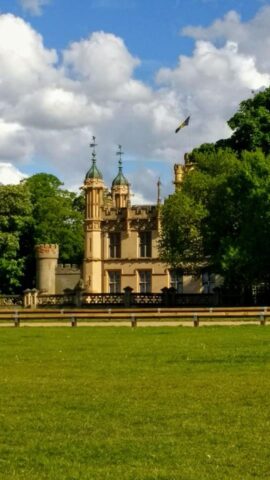