This week a few of us travelled to Grey Goose Archery near King’s Lynn in order to try out some new bow types. We had never been to the new Grey Goose Archery centre, which is in a disused quarry several miles outside King’s Lynn. Upon arrival the set up looked good, with lots of car parking space, a static caravan with toilet facilities. There were also some nice A frame picnic tables to use and two shooting areas.

We attended their ‘Pay and Shoot’ night which occurs on a Tuesday and Thursday night at 6.30pm until 8pm or whenever it gets too dark which for us was about 7.20pm in mid September.

Sean had managed to get hold of a left handed compound bow, it’s always difficult to get left handed items it seems – no-one ever stocks them. There was also a 16lb longbow and 40lb longbow, a right handed American Flatbow as well as horse bow which felt like 20lb-25lb.

I started off with the compound bow, which I had never shot before. With some brilliant instruction it was easy to get shooting. We used thumb triggers, I think these were the most complicated part of shooting a compound. My bow did not have a peep sight and only a standard hunting type sight. But the arrows did group quite nicely. There were two things that I did wrong – the first was to grip the bow, which I thought you did with a compound, although the grip should be the same as a recurve grip. The other thing was that I started off using my thumb as the trigger and actually pulling the trigger as opposed to having the trigger half way down my thumb and squeezing it. A couple of times it went off when I was not expecting it, but I soon got used to it.

I then moved onto the 16lb longbow which was good fun, although it got a lot more serious when trying the 40lb longbow as that required more of a meaty pull and gave a little kick when fired. Finally we only got one end with the horsebow as the light was fading fast. The horse bow was also great fun and for me like a really big rubber band.

I can see why people really fall in love with horsebows, as they are such good fun and can be purchased for around £100. It was great to finally try out some of these bows, especially the compound, as hardly anyone seems to have a left handed one that they could let me have a go with. Would I buy a compound? Probably yes, maybe for fun in the garden or for target archery. The only downside is cost. I priced up a range of entry level accessories you need to put on a compound (including target sight and scope) and arrived at £450 just for the accessories and arrows not including the actual compound bow. So I think a budget of between £600-£800 is required to set one up.

So all in all a great night out at Grey Goose Archery and it was nice to visit a different archery ground. We have also talked about going back with more people to make it a social event.

Here are some images of Mike and Louise trying out the compound and longbows. No pictures of me, as I took all the photos. 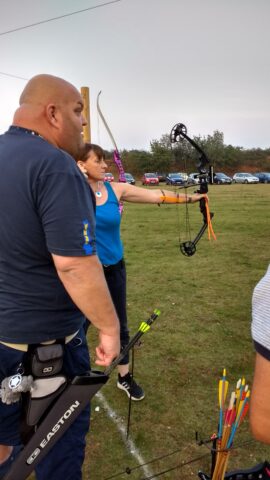 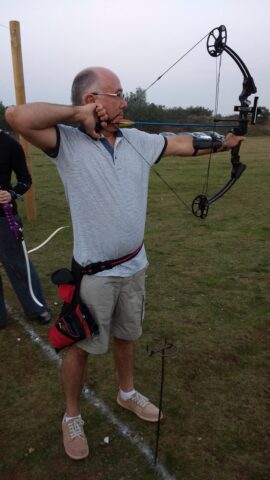 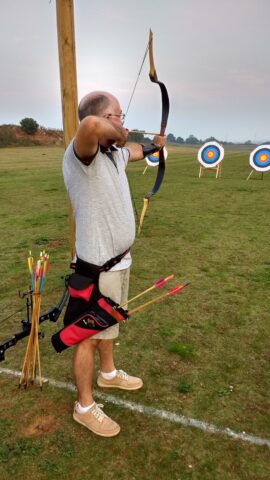 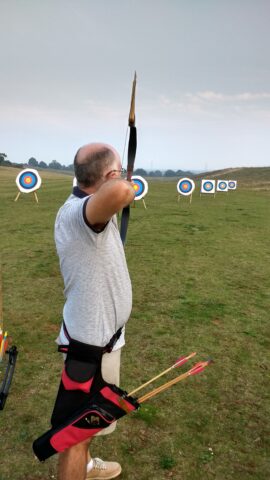 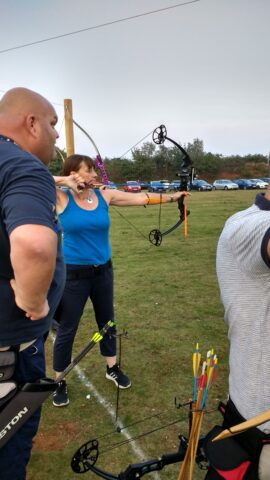 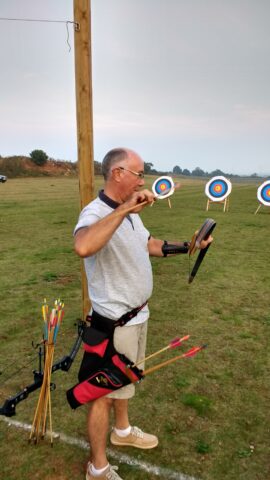