This was my first time at the Sir Harry College in Whittlesey for the Fenland Archers Portsmouth Tournament. If you go in the future make sure you drive right around the back of the site as that’s where everybody parks. The venue has its good and bad parts. The good part is I liked the outer hall for setting up in, before going into the shooting hall. But the downside was that the shooting hall was very cramped with not much room behind the waiting line. Another downside was that you seemed to be either in the hall or out, there was no real space for spectators. There is a balcony with a gym on it, which if open would have made a good place to watch the shooting and take some photos.

Booking in and finding your boss location was easy and nicely presented on a board. I had trained the night before and had several ends of 10 10 10, but could I reproduce this today – no way. After only about 5 ends did my aim start to shake, which usually happens more towards the end of the round. I wonder if it was either nerves or a lack of stamina, as I had shot the night before. Next time as a test I may try and not practice the night before and see if it makes a difference.

A lot of my arrows ended up in the 7,8,9 zones although amazingly I did manage to end the shoot on a 10 10 10 end. My overall score was 507. This was only my second tournament and was good experience either way, a thoroughly enjoyable day out.

I am third from the right in this image. 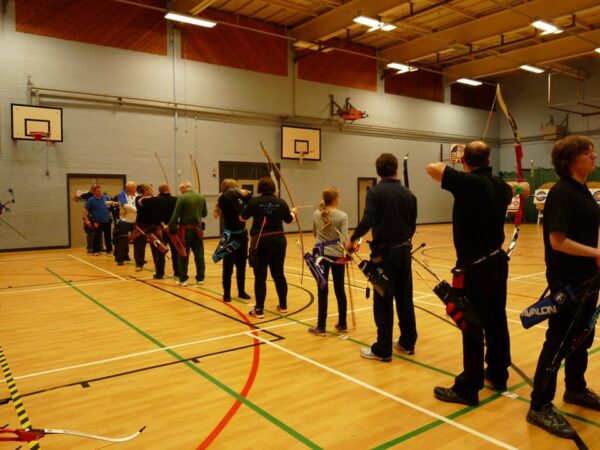 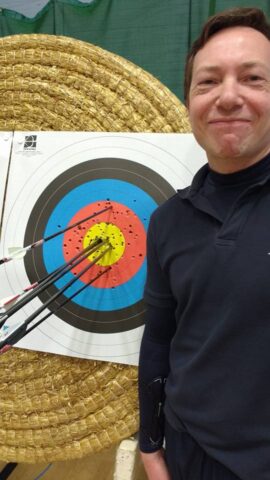 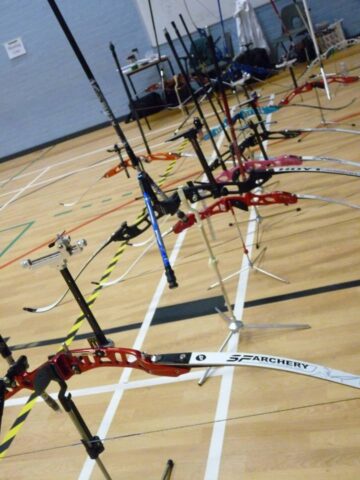