This weekend I attended the Archery Euro Championships 2016 in Nottingham, England. I went to the recurve Sunday and bought tickets for both sessions. I decided to buy the undercover tickets as you never know what the weather is going to be like in the UK.

We set off from Cambridge in the morning at around 7.30am and arrived early in Nottingham at about 9.30am. We parked at ‘The Forest’ one of the park and ride sites or should I say “Park and Tram” sites. I chose The Forest as it had around 900 parking spaces and was only about 4 stops from the Old Market Square. The tram ticketing system was really easy to use; we chose an Event ticket which was just £2 return with the parking for free. The lines on the tram map are also really easy to follow and you can’t really go wrong. The tram digital displays tell you when the tram is coming and the first tram arrived really quickly and we jumped on. The great thing about a tram compared to a tube is you are above ground and so can see the sights. Within about 10 minutes we were in the centre of Nottingham.

We were so early we jumped into a Starbucks for coffee and then once the gates were open we walked across the road and found a space in Block A the undercover area. Most of the seats were already taken give or take about 20 seats. We picked some seats opposite the shooting line.

It seemed a great venue, just about long enough to fit the 70m+ required. It also seemed very quiet in the middle of the city on a busy Sunday. I wondered if all the shops were told to turn off their music systems. The great thing about being in the middle of a city is that you can pop out for food and drinks and of course the toilet.

The weather was not kind, and a bit chilly under the covered area, I actually think it was warmer in the outside seats. There seemed to be a cool chill coming through the gaps in the stands which came onto the back of your legs.

The archery was good, and I did manage some OK shots with a small Lumix camera. It’s amazing how even though we are taught to shoot a certain way, each person still seems to shoot differently. They lean forward and they put their thumb around their neck (Viktor Rubin) etc.

Patrick Huston did shoot well; Kieran from Team GBR was the star of the day for me. His shooting was amazing. One team I did miss was Netherlands, where were they? I must check what happened in the qualifying rounds.

Archery also seems a sport where you can get close to your archery heroes. It’s really strange to see the top archers having to walk with their bows fully made up with their arrows sticking out of their rucksacks whilst they walk though the centre of Nottingham on their way to Premier Inn.

I also felt that the whole thing lacked a bit of marketing. E.g. have your photo taken on the shooting line or near the bosses. There were no T-shirts to buy and no archery retailer stands or any freebies from any archery manufacturers. I came away with a badge and a very good arrow pencil from the Nottingham Building Society and some of those blow up long noise makers. 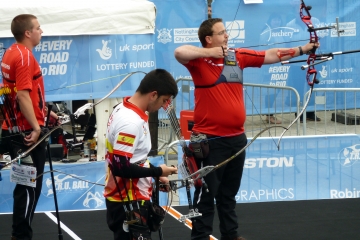 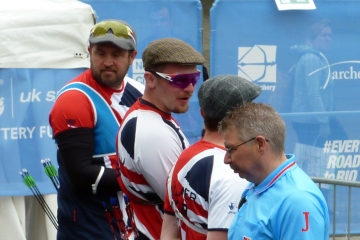 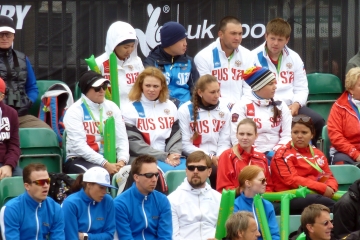 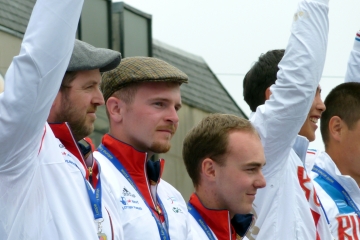 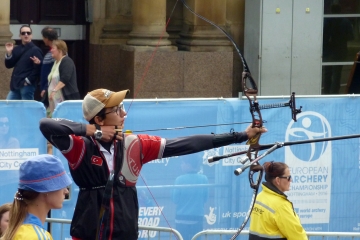 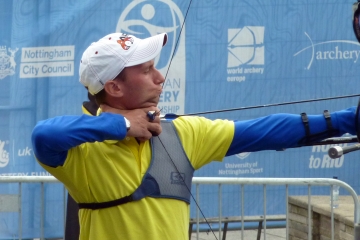 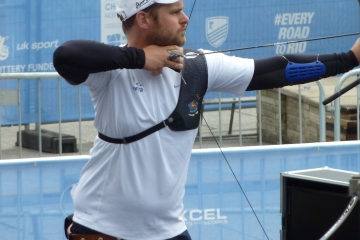 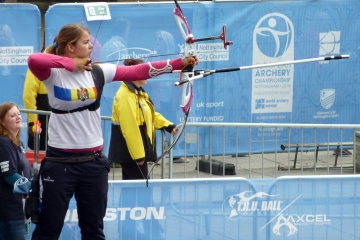 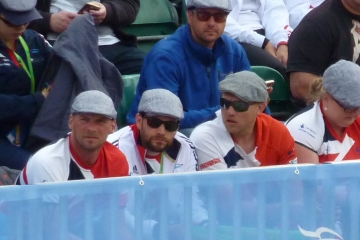 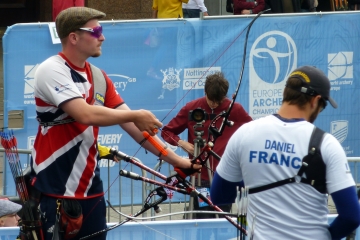 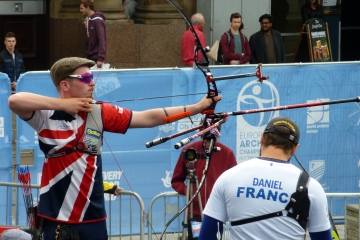 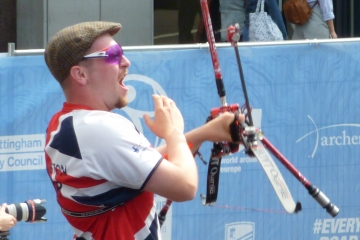 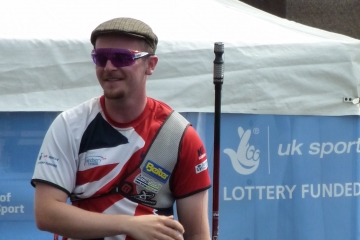 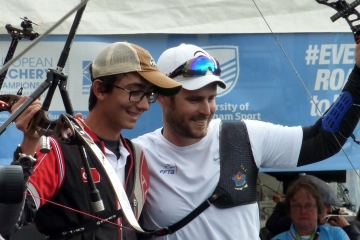 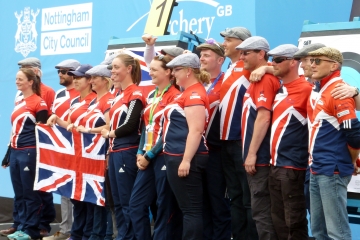 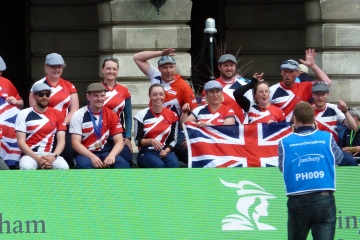 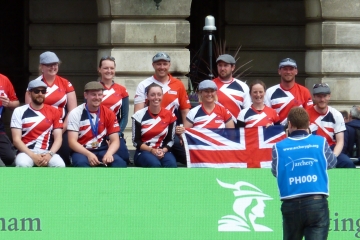 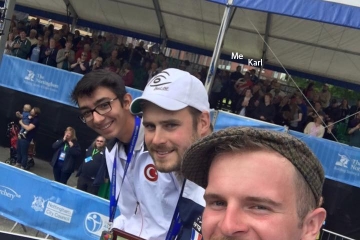