When I first started just after purchasing my first bow, I didn’t buy a finger tab at the same time as my initial kit. I think the problem was that I just didn’t think I needed one, as when you have just done a beginners class on 16lb limbs and you didn’t use a tab on the course you don’t think you need to use a tab at all – well I didn’t.

The first time at my archery club I wore a white Mizuno golf glove instead. It was nice and thin but within a couple of sessions of archery that golf glove was getting torn up. So now I needed to a get a finger tab, but which tab, what size? I ended up buying an A&E standard tab that most people seemed to use in a medium. I tried it out and hated it, so what now?

Well, I did not want to spend too much, in case I hated the next finger tab as well. I ended up purchasing a Decut HockII tab and have never looked back. In total I now have 4 of them.

I began by ordering a medium tab, as I did not think I had large hands. But once I discovered the Fivics Finger Tab hand size guide it turns out I do have a ‘large’ hand in the eyes of Fivics. So, I ordered a larger sized HockII finger tab and tried it out. But in the end it just seemed a little too large, even though the size difference between the medium and large is not that great. I did make  a video about checking your finger tab hand size so you can watch it on my archery YouTube channel. 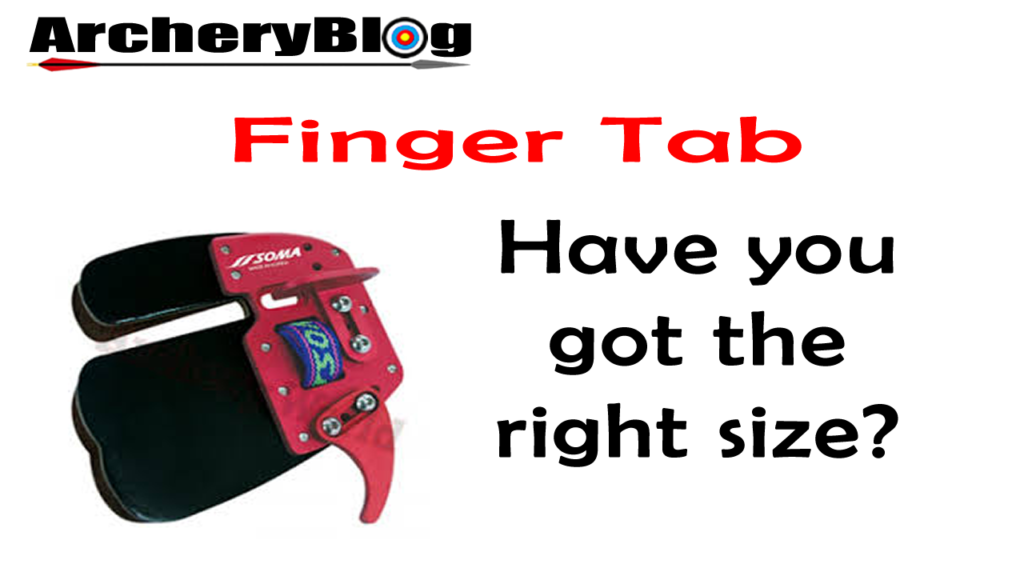 I began using the Decut HockII buy adding the thumb rest right to the top so that metal was along my jawbone, but I found it too painful after a while, so moved it down so now my thumb sits on top of the rest and my thumb fits under my jaw line instead of the metal.

I also added the small finger ‘pinkie’ hook on the bottom, and shot with it in place for many years, even when it started to put a hole in my quiver pocket. But eventually I removed it, as I thought it was making my hand and wrist tip forwards as I didn’t know if my little finger was adding pressure onto the tab, which it’s not supposed to do.

I have a few of the Decut HockII tabs, as I have two bows, but also in order to have a backup so that if anything goes wrong, I still have another tab which is not brand new, but has some or equal wear to it, so it does not seem strange and ‘new’ when I swap between them.

If you are interested in watching a video of this article, I have made a video all about the Decut Hock II finger tab on my archery YouTube channel. Do not forget to like and subscribe to my channel, whilst you are there. 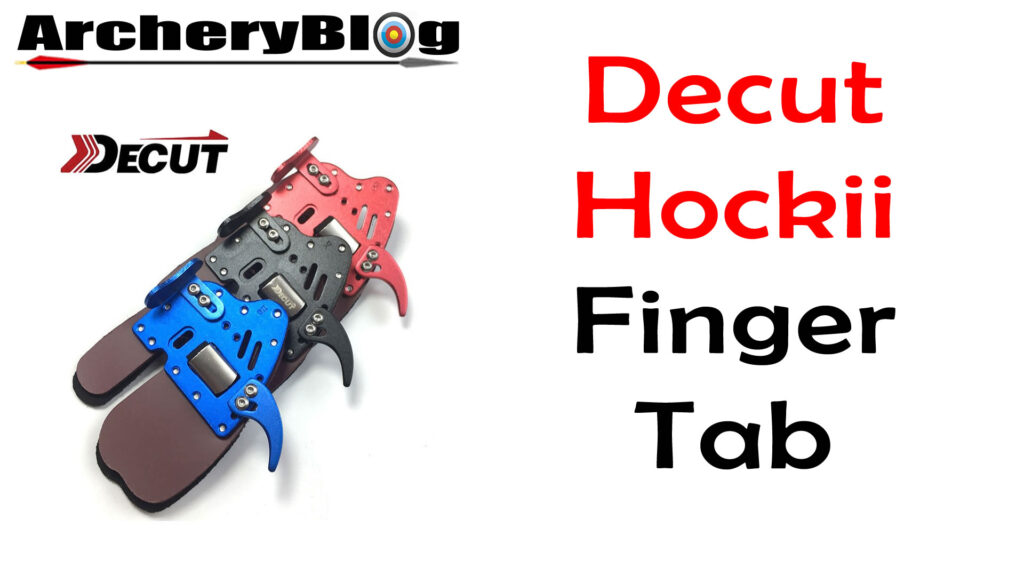 Where to buy a Decut Hock II Finger Tab